LONDON — In August 1942, as the Nazis’ net grew ever tighter around the Jews of Vichy France, a Dutch diplomat walked into Lyon’s Palais de Justice and successfully demanded the release of 118 prisoners being held there.  The following day, the same Dutchman, Sally Noach, appeared at the Stade des Iris on the outskirts of the city. He had received a tip off from a police source pointing it out as the place where all the remaining Jews from Vichy’s holding centers were being detained.

“I gave people made-up names and fake personal details. I went on writing until I ran out of papers,” Noach later recalled.  In all, 432 people were issued false papers registering them as Dutch and thus securing their freedom and escape from near-certain death.  But Noach was no ordinary Dutch diplomat and, although perhaps the most daring and audacious of his efforts, this was not the first time he had used a combination of extraordinary bluff and bravery to rescue imperiled Jews. 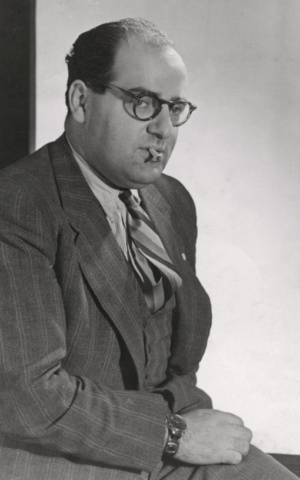 In fact, Noach was himself a Jewish refugee and former traveling textile salesman.